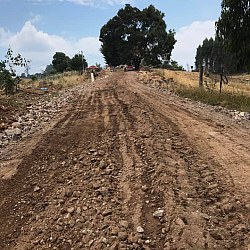 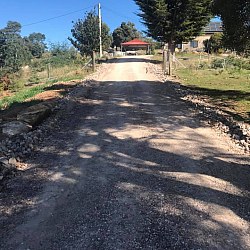 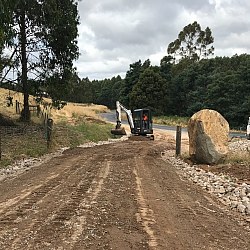 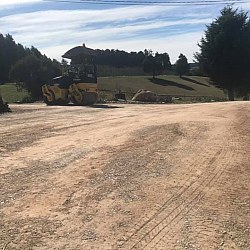 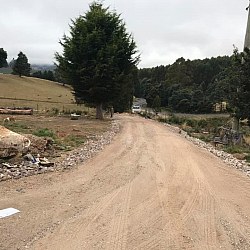 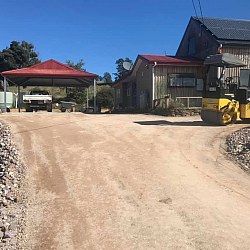 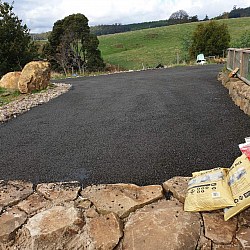 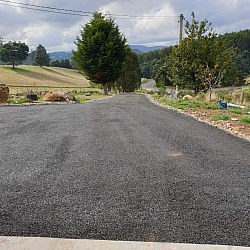 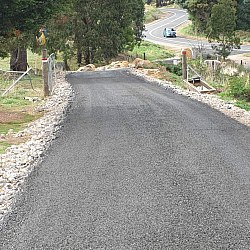 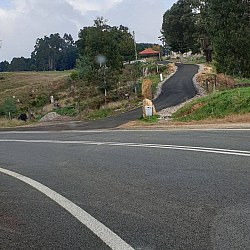 This driveway was essentially developed in the wrong place, and was originally just a track that people had used to get from the road to the house, and over time, became the main access, and eventually cut into the ground to become a driveway.

From what could be determined, the driveway crossed over a natural underground spring about a quarter of the way up, and the more fill we put in to level and compact the road base to prepare it for Bitumen, the more it would sink. The driveway was also washing away over the years, as it was the main water channel that had developed when being used by vehicles, with the amount of water, simply washing away the material that was holding the driveway together, which got to the point that the client's couldn't get their vehicle's up the driveway.

The client's had contacted several other contractors to see what could be done, with the majority just wanting to add more fill, essentially doing a quick fix. We advised them that to do it properly, that the drainage would need to be addressed first, then the driveway.

As you can see from the photo's, the work was extensive, and took a few months, despite the weather, to complete.

The results speak for itself, and years later, with the client's since moved on, the driveway and drainage are still holding together, and looks fantastic.